We are very pleased that the TV documentaries "Foodsavers" by Valentin Thurn and "Generation forest occupiers - In the tree house against the climat crisis" by Tatjana Mischke and Karin de Miguel Wessendorf can be seen at this year's NaturVision Anniversary Film Festival.

The 20. NaturVision Filmfestival takes place ONLINE from July 14 to 18, 2021. The focus of the festival is the international film competition with prizes in various categories.

Here you can buy tickets for the festival.

About "The Food Savers":

More than half of all food ends up in the trash! With this result, the documentary "Taste the Waste" (2011) shocked and triggered a heated public debate. Since then, big plans have been made. But there have been few concrete political steps so far. Why is that? Valentin Thurn investigates and searches for solutions throughout Europe. In the process, he meets many people who no longer want to wait for politicians to act on this important issue of the future.

Here go to the film at the festival and here you can find more info about the film.

The Dannenröder Forest is to be cleared for the expansion of the A49. Climate activists from all over Europe are occupying the forest to prevent the clearing. They are supported by villagers and citizens' initiatives who have been fighting against the highway expansion for decades. When thousands of police arrive to clear the forest occupation in November 2020, the conflict comes to a head.

Here go to the film at the festival and here you can find more info about the film.

By the way: Valentin Thurn's new documentary "Dream On! Yearning for change" was nominated this year for the new NaturVision Film Award "Rethink" has been nominated, but will not be screened in the online program - you'll have to wait until the film's theatrical release in fall 2021...

For about three years, documentary filmmaker Valentin Thurn accompanied the protagonists of his film TRÄUM WEITER! In the process, the author and director pursues the question of how people who want to escape their daily grind, the saying "Live your dream!" with meaning and put it into action.

Here and here you can find more info about the film. 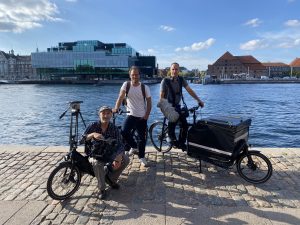 Our contribution to "Green Producing" 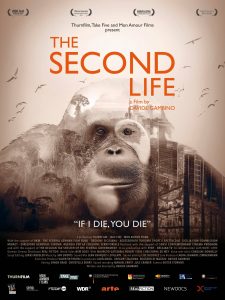 THE SECOND LIFE at the Nazionale Musei Scientifici 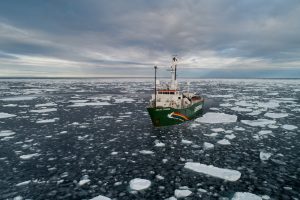 Greenpeace Inside Mission: Saving the Planet