The content focus of our films is on the well-founded examination of topics from the fields of science, medicine, environment, politics and current affairs, which are often based on an ethical issue. The company was founded in 2003 as "Valentin Thurn Filmproduktion" and transferred to "ThurnFilm GmbH" in 2019.

Many of our productions bear the signature of Valentin Thurn, as author and producer. He became known with his feature films about nutrition: Taste The Waste (2011/2012) had more than 130,000 spectators and 10 billion (2015) over 60,000 in German cinemas alone. Both were thus the most successful German cinema documentaries in the respective year.

Our films show the big questions of our time from new perspectives and thus want to accompany social transformation. That's why many of our films are accompanied by an impact campaign. With our events and online campaigns accompanying the films, we have done pioneering work in Germany and have thus been able to trigger social debates and political and legislative changes as well as initiate lasting social movements. In recent years, we have further developed these film-accompanying cross-media campaigns and Internet projects so that they now have international reach.

ThurnFilm successfully cooperates with the public broadcasters ARD, ZDF, WDR, NDR, SWR, BR, HR, RBB, MDR and ARTE as well as with TV stations in Sweden (SVT), France (France 5), Switzerland (SRG) and the Netherlands (BOS). Some of our films are international co-productions and have been broadcast on television in over 40 countries around the world. We cooperate with the cinema distributors Prokino, MindJazz, RealFiction, Farbfilm and Alamode and the world distributors Autlook, Lucky You and New Docs. 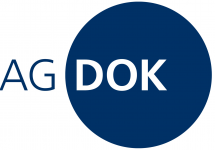