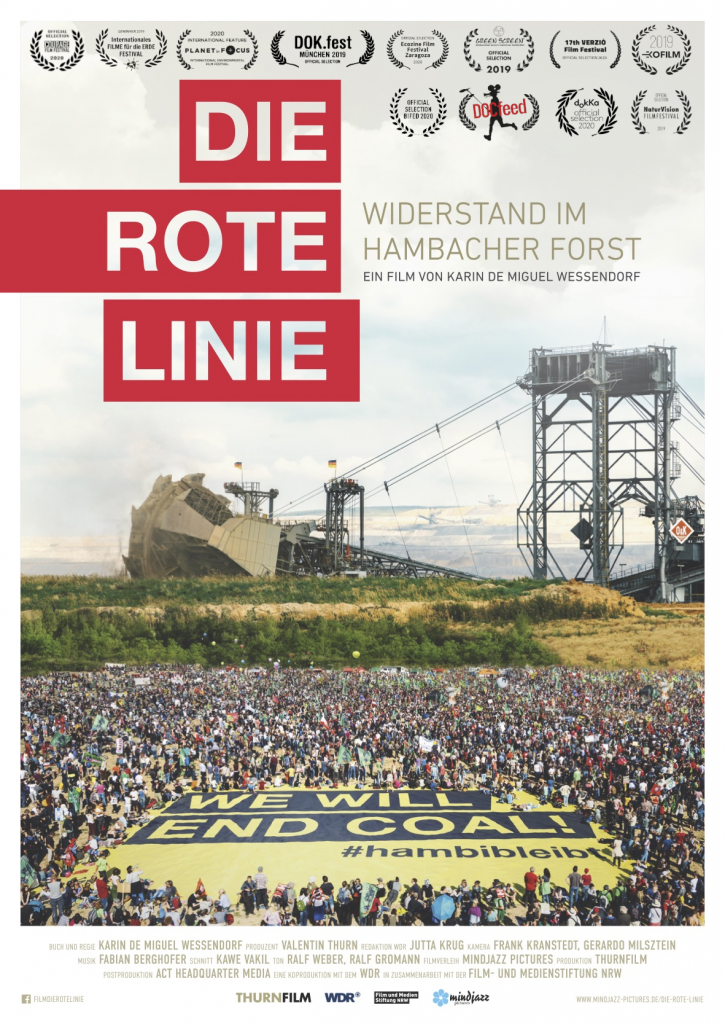 When 31,000 policemen take action against 50 tree squatters and tear gas and truncheons are used, a 550-hectare "pedunculate oak-hornbeam-lily-of-the-valley-forest" becomes a symbol of resistance. Since 2015, director Karin de Miguel Wessendorf has accompanied the protests against the clearing of the Hambach forest and against the destruction of the villages on the edge of the lignite opencast mining, the largest CO2 source in Europe. First it was only a rebellion of individual groups with different goals, but in the autumn of 2018 the protest against the clearing finally becomes one broad supraregional movement.

Karin de Miguel Wessendorf follows the development of her protagonists, tree squatter Clumsy, Antje Grothus, resident of Buir and member of a citizens' initiative, Lars Zimmer, who does not want to leave his village, and nature guide and forest pedagogue Michael Zobel. They are ordinary people who, over the years, outstrip themselves but also suffer setbacks in order to fight for their goals: the preservation of the Hambach forest, the villages and the withdrawal from lignite, in order to reach the Paris climate targets. As a spectator we get the opportunity to accompany these people during the film.

THE RED LINE watches, accompanies and interferes. The film documents the emergence of a civic movement and also makes a contribution to the current discussion about a sustainable energy policy.

"A film between powerlessness and hope" (Süddeutsche Zeitung)

"One of the most important political documentaries in a long time" (Tip Berlin).

"With unsparing intensity, this sensitive chronicle of the events in the Rhenish lignite mining area demonstrates the madness of misguided environmental and energy policies of past decades. A cinematic memorial that shakes up, saddens and enrages, and at the same time sets a sign of hope for peaceful civil disobedience." 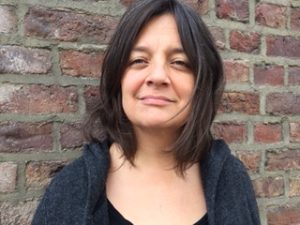 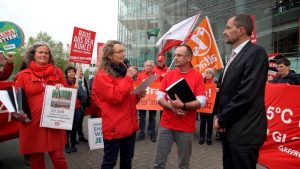